So November and indeed the whole of 2012 is nearly over.
The Bridging Waters exhibition is now safely ensconced on the other side of the Atlantic. It took a bit of effort to get it there as computerization which is supposed to make things easier actually is a nightmare resulting in having to talk to a human being on the end of a phone anyway because this sort of export doesn't fit into a nice neat box (and even that doesn't always work hence 3 attempts to actually get the courier here). Still it wizzed across the pond without any hiccoughs and I can hand the baton onto our Canadian colleagues and their series of exhibitions in Winnipeg,New Brunswick and Vancover next year (when I sort out my side bar - when I get the time - I will put up the actual dates and venues). It has certainly been an experience and hopefully, overall. a good one for all concerned. 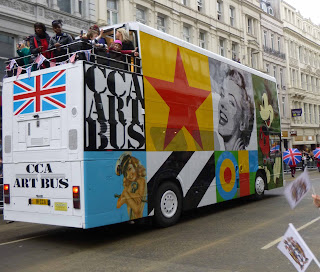 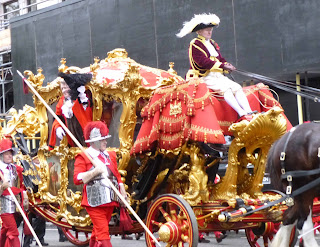 The Lord Mayors show has been and gone. We are usually involved in this as my husband is a freeman and my father-in-law a liveryman of the Stationers company and we go to St.Brides church in Fleet Street to sort out refreshments. This year we decided to have a year where we just watched the show and then went back to Stationers Hall for lunch, and very welcome it was too as it was really cold even with smithfields handing out their lovely  cooked sausages.

Miriam.Jill and I also took a stall at the winter market at the Brentwood Road gallery to try and sell off some of the items we had made previously. Not a great success- I think I was the only one who sold stuff. The footfall is a bit rubbish but the stall was really cheap (£15 for the three of us) so it was worth a shot.

Also yesterday was my daughters 21st birthday. I wanted to put a photo on of her when she was tiny but that would make my life not worth living apparently. We celebrated at Simpsons in the Strand ( lovely lunch, gorgeous roast beef) and then rocked it out at 'Rock of Ages' at the Shaftesbury which was hilarious. I think she enjoyed herself and now shes all grown up.Where does the time go? 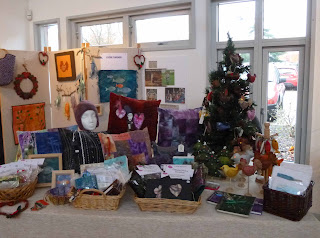 So thats probably about it for this year. December is already full to busting  and if we don't all disappear up the Mayan calender, January 2013 will kick off with me working at the Mall galleries getting the SDC show shop ready and the stop after that is 'Seeking Artemis'....but thats another story.