December this year for me has been a series of different productions.
The kind you go to:-
From Here to Eternity, the new Tim Rice production which we went to see for my daughter's birthday, was absolutely fabulous! 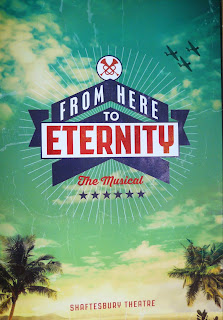 Steeleye Span performing their  newish album 'Wintersmith' at our local theatre which me took me back to a happy place in my youth. Still great ,still rocking, Maddy Prior still rushing around the foyer like a young thing!

Leeds Castle at Christmas. More magical than it has felt for many years 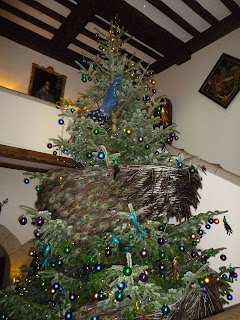 Hogwarts! (oh alright then the Harry Potter tour at Warner Bros. Studios near Elstree) a second visit but this time in the snow. Just how magical is that. 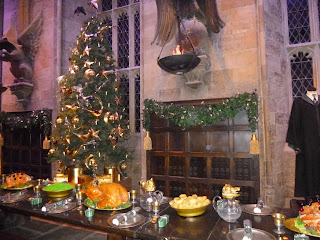 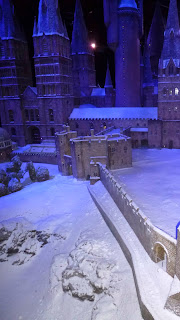 The kind of production you do for work:-
And there has been an awful lot of that just recently.
Finalising, as part of the organising team, the details for the SDC exhibition after Christmas. 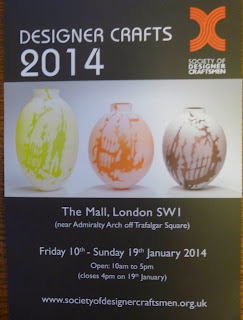 Finishing off my own work to go into the shop there. 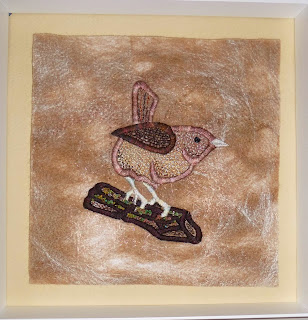 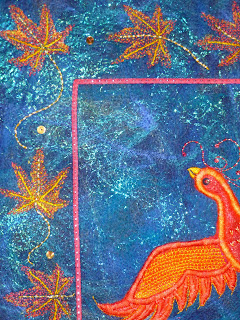 Whilst still working hard on my pieces for the Material Girls exhibition at Cottenham in February.

And then there is the kind of production you do for your family and those you love this time of year:- 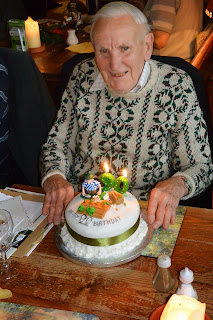 Putting on a 'do' and making a cake for your father-in- laws 90th birthday. ( a big deal for me as I don't actually like making cakes much but at least I made the Christmas cake at the same time) 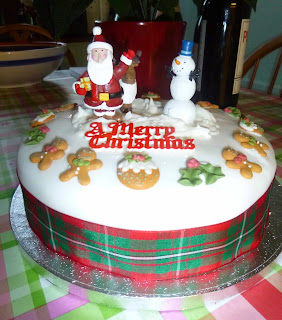 and like women everywhere the grandest  production of all - getting ready for the Christmas celebration. Normally I am a bit 'bah humbug!' as I feel sad that we are such a tiny family but at least I have a family and friends and as they say in the Polar Express 'its not about the train, its deciding to get on board' or words to that effect. This year I am 'on board'  So Happy Christmas and 'God Bless us one and all'.

Posted by chrissythreads at 08:30 2 comments: